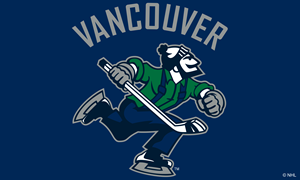 Here we are again, game five of the playoff series against Calgary. And we are down 3-1. NOT the best of odds, but hey, we have called the comeback kids before so why not tonight! Last year around this time I talked about where the best places are to go and enjoy the game with some friends and fellow fans, but this year I wanted to talk about the history of the Canucks, and why they are such an important part of our cities culture and pride.

To say that Canada is a hockey focused country is being almost trite. We ARE CARZY for hockey. So much so that it has been declared our national sport (even though Basketball was invented here…..we are simply not a tall people) but what we are, is used to the cold, and almost every kid lucky enough, had an ice rink made in their back yard or a street to take over…..in the eastern provinces this next saying is very well known “CAR!!!” It is shouted by children of all ages playing their beat of street hockey.  Surprising, the warmest city in Canada, Vancouver, was one of the first cities to receive NHL status. (Well after the famous original six though, of course.) Vancouver’s first hockey franchise which began way back in 1945 was called  the Pacific Coast Hockey League and they were known then, as now – as The Vancouver Canucks.

Finally in 1965, the NHL announced a plan to expand to six additional markets, the owner of the Canucks (and former Vancouver mayor), Fred Hume, announced that the city of Vancouver would apply. However, things did not go as planned. It was claimed the presentation made to the NHL's Board of Governors was not well prepared, sloppy even. Because of this, and the fact that the Vancouver ownership group was disliked by the Detroit Red Wings owner Bruce Norris and Toronto Maple Leafs majority-owner Stafford Smythe (who hated Vancouver in general because of a failed arena plan), the application did not succeed. However, the Pacific Coliseum, which was the first home for Vancouver’s NHL team, was built on the grounds of the Pacific National Exhibition (PNE).

The Vancouver Canucks finally joined the big leagues in 1970 as an expansion team, and were placed in the East Division for their first four seasons.
Since joining the NHL the team has advanced to the Stanley Cup Final three times, but lost every time, first to the New York Islanders in 1982, then the New York Rangers in 1994 and most recently the Boston Bruins in 2011. Bittersweet memories, but what memories they are! 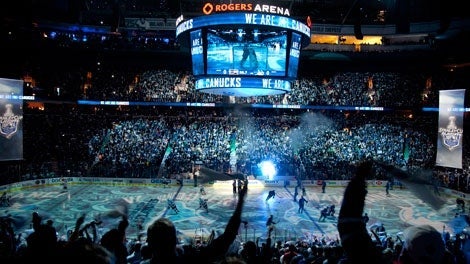 After the 2010 Olympic Games here in the city, hockey took on a whole new vibe. People whom had been what I will “Coat Tail” fans were seen less and less and we were starting to act more and more like a proper hockey town. Now, please no one take offense to this – I mean have you ever MET a Leaf fan…they are fans! I mean they haven’t won a cup in over five decades and they still sell out season tickets year after year after year after…..you get my meaning!  Somehow here in Vancouver, having the Gold Medal game aired on literally every single TV in the lower mainland, people crowded at TV store windows, in shopping malls, listening in stairwells on their breaks…something shifted. We became super fans – and the Canucks benefited. Larger numbers than ever before were filling the seats, bar-stools and couches to carry on the dream and with the close call in 2011 it was almost too much excitement to bear! I mean can you imagine a Gold Medal win one year and a Stanley Cup the next?! (I know that the rest of Canada won the Gold to, but hey, it was here.)

Hockey is more than a game to us Canadians; it is a right of passage, a common thread and sense of deep national pride. The Canucks may take the ice for the last time tonight this season, and if so, I want to thank the whole lot of’em for making my winter less rainy and far more bright. You bring allot of joy to so many, and I can’t imagine a town without you. But, as they say, it ain’t over till the fat lady sings….so may she be sick at home with bronchitis tonight!