St. Patrick's Day is an Irish tradition filled with fun, friends and festivities. The holiday was created to celebrate Christianity's arrival in Ireland, and has since become a valued cultural practice in Canada. It may have been the Irish who brought the tradition to Vancouver, but people of all backgrounds come to celebrate on the days surrounding March 17. Celticfest has been a North Shore tradition for a decade, and has something for every member of the family. You will think you’ve set sail for the lush isle of Ireland when Celticfest celebrates St. Patrick's Day in Vancouver. 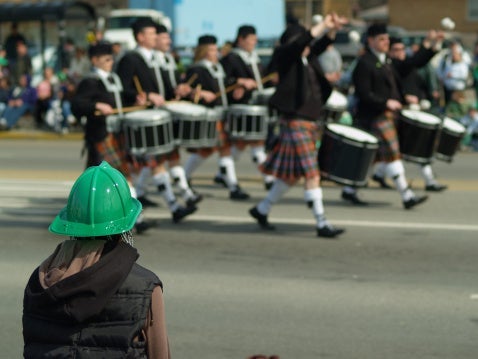 This year, Celticfest is hosting over eighty free and ticketed shows throughout the city. With so many events being hosted throughout the North Shore, part of the fun is deciding how to celebrate. The festival runs over nine days, where music, dance, theatre, spectacle performances and more will be happening in Vancouver. If you are looking for green beer or scotch to go with your entertainment, the pub series happening at three of Vancouver's favourite Irish pubs will showcase talented live Celtic music throughout the festival. Some of Celtic music's best and brightest are coming to play at a number of different venues, so make sure you check out this year's line-up.

Celtic Village in The Heart of The City

During the weekend of March 15, a large Celtic village and street market will appear surrounding the Granville and Robson area. Downtown will be a lively place with music, dance, artisans and food. There will be no lack of St. Patty's Day cheer, as people by the thousands take in the Celtic spirit of the event. The treasures to be found are plentiful, as artisans and food vendors fill the Granville street market. Friends and families from all over the city and beyond come to enjoy the fun and festivities of Vancouver's Celtic Fest – this is one festival not to be missed.

This year, Vancouver's 10th annual St. Patrick's Day parade will happen on Sunday March 16. Once again the parade will be making its way along Howe Street from Davies to Georgia. There will be plenty of green in the crowd, as over two thousand participants take to the street. Performers will include musicians, dancers, silt performers, acrobats and members of the local community. Vintage cars and the Vancouver police motorcycle drill team will be among those in the parade. Even the fire and police dogs share in the celebration. The 2014 St. Patrick's Day parade will begin at 11:00, and is expecting a crowd of around 200,000 onlookers. Make sure you don't miss this exciting family event.

Boosting to be the biggest and boldest Celticfest yet, the event is sure to a lively one. With plenty to see and do, Vancouver's Celticfest is an annual event celebrated by locals of every background and culture. The Spirit is one of frolic and fun at this exciting North Shore festival. If you are looking for a way to get out and celebrate St. Patrick's Day this year, look no farther than Vancouver's Celticfest.