Everything You Need to Know About the Canada International Film Festival

All around the world every year, a number of countries hold annual film festivals to showcase the very best in upcoming independent film. It's a chance for fresh talent to get their work on the big screen in front of a broader audience, and for the most promising projects to receive the major awards they deserve. Canada is among those countries that hold a regular international film festival, carrying out the event every year in the heart of the beautiful city of Vancouver, British Columbia. This year in particular is already shaping up to be one of the most exciting festivals of recent memory, with a wide variety of films, documentaries, and shorts in the line-up. Here's everything you need to know about the 2014 Canada International Film Festival (CIFF). 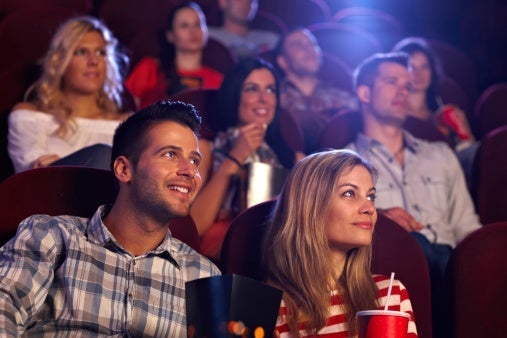 Where and When Will the Festival Take Place?

This year, the CIFF in Vancouver will be taking place at the luxurious Edgewater Casino in the city's downtown core from March 28 to March 29, 2014. The Edgewater Casino is positioned along the shoreline and offers picturesque day and night views out onto the waters of Vancouver's harbour. The building itself--an all glass, modern looking structure framed by metal cross sections--is also situated close to a number of other hotels, restaurants, and attractions in the surrounding area.

Take Note of the Special Events at this Year's Festival

The primary goal each year of the CIFF is to foster an environment that allows up-and-coming independent filmmakers to interact directly with the independent film audience. In an effort to encourage this organic relationship between the filmmakers and their audience, the attendees themselves will carry out many of the special events. These include events such as Canadian/world premiers, informal meetings between the filmmakers and fans, as well as a number of parties and celebrations to be held on each of the two nights of the festival. The two special events in particular that do take place every year, however, are the filmmaker reception at the start of the festival and then the final awards ceremony to finish the CIFF by celebrating its top contributors for the year.

One of the more unique features of the CIFF is the screenplay competition that it holds at every festival. These competitions are organized in order to encourage aspiring screenwriters, providing them with a platform to showcase their writing and storytelling abilities. The screenplay awards themselves are offered for three categories, including feature length films, short films, and television scripts.

The CIFF is also known for its moderated panel discussions with the filmmakers, writers, and actors attending the festival. This is a chance for them to go in depth into their newest projects and offer fans a unique glimpse into the creative processes behind their work. Top films featured at the festival are discussed in detail, as their creators will attempt to convey everything that went into taking their vision from idea to product. At the end of the panel discussion, audience members will have their chance to participate through an extended period of questions and answers with the panel members.
As one of the country's top annual film festivals, the CIFF provides a unique glimpse into some of the most promising and talented minds from around the world. For the audience, the festival is a chance to be a part of something that will encourage these independent filmmakers to continue pushing their abilities, along with offering other hopefuls the inspiration to pursue their own visions for making it onto the big screen. It's an enlightening glimpse into the future of film and entertainment, provided by the individuals who will be making the biggest creative splashes in the years to come.